Everybody Loves Gianduja Chocolate: But what is it & where does it come from?

Imagine being a chocolatier in Turin in 1806. You craft chocolate in the back of your cute little store and make the entire city happy with your bonbons, chocolate-covered treats, hot chocolates and maybe some mouthwatering cake too.

Your biggest worry might be when the next machine will break, or to secure the store before some thief breaks in. A simple yet peaceful life, until the day everything changes…

Napoleon Buonaparte wakes up one morning in France, grumpy and upset, because the United Kingdom is one of the few countries that wouldn’t surrender to his ego. In response to the naval blockade of the French coasts enacted by the British government on 16 May in 1806, Napoleon strikes back with his Continental Blockade on November 21: the import of British goods into any European countries allied with or dependent upon France becomes forbidden.

This means that several raw materials coming from the British colonies in the Americas like coffee, cane sugar and cocoa become unavailable. As a worried chocolatier with the Christmas season around the corner, you need to find a way to still produce chocolate for your store with the cocoa supply left in your warehouse, at least until Napoleon decides to end the massive embargo (which will last until 1814, but you still don’t know this). So what do you do: cut your assortment, lower the quality of your products or start selling other foods? Like Italian chocolatiers in Turin in 1806, you could get creative.

To the scarce cocoa available, they decided to add the local, cheap (at that time) and abundant Tonda Gentile hazelnuts that perfectly paired with the intense taste of cacao, bringing their own nutty flavour for an even richer experience. The hazelnuts were first included whole or in chunky pieces, taking up enough space to provide for the lack of more cocoa. But this wasn’t exactly gianduja chocolate, yet.

Gianduja as we know it today

The smooth gianduja chocolate that we know today took around 40 more years to be developed. Although we still don’t know if it’s according to history, legend or marketing, the Turin-based chocolate company Caffarel was allegedly the first one to toast and grind the hazelnuts together with the cocoa, instead of just including them whole or in chunky pieces. This meant goodbye to the crunchy texture and hello to the smooth paradise we know today: a creamy, flavourful and mouthwatering paste made of just 3 ingredients (cocoa, hazelnuts and sugar) was finally born. Why the name gianduja though? Because Caffarel launched their new invention in 1865 during the Carnival in Turin in the shape of small chocolates called Gianduiotti, inspired by the folkloristic local Carnival mask Gianduja.

Today, gianduja chocolate is one of the most popular confections around the world. Its three basic ingredients, (sugar, cocoa and hazelnuts) have stayed exactly the same throughout time, but international chocolatiers are giving their own creative twist to this classic that now comes in all shapes, forms and recipes. 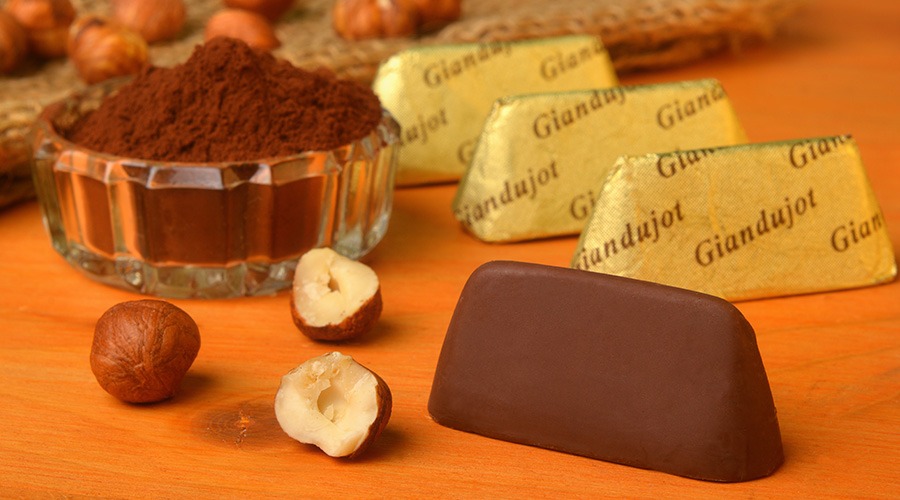 Gianduja can be enjoyed as a spreadable cream to be slayed on toasted bread, added on top of ice-creams or even eaten with a spoon directly from the jar. If you prefer a solid form, now many chocolate makers are creating bars of pure gianduja, a solid block entirely made out of this soft paste that will fast melt in your hands.

Or you can enjoy gianduja in its most historical form, like a gianduiotto: a small soft chocolate in the shape of an upside-down boat individually wrapped. Regarding the ingredients, you will find minimalist recipes that only include 3 ingredients (dairy-free) or richer creations with the inclusion of milk or plant-based milk for extra creaminess, or the addition of whole hazelnuts for extra crunchiness and nutty flavour.

The most delicious and richer version of gianduja might just be the Cremino, another confection born in Italy: a 3-layer sweet made with two layers of gianduja chocolate and one middle layer of pure hazelnut paste. 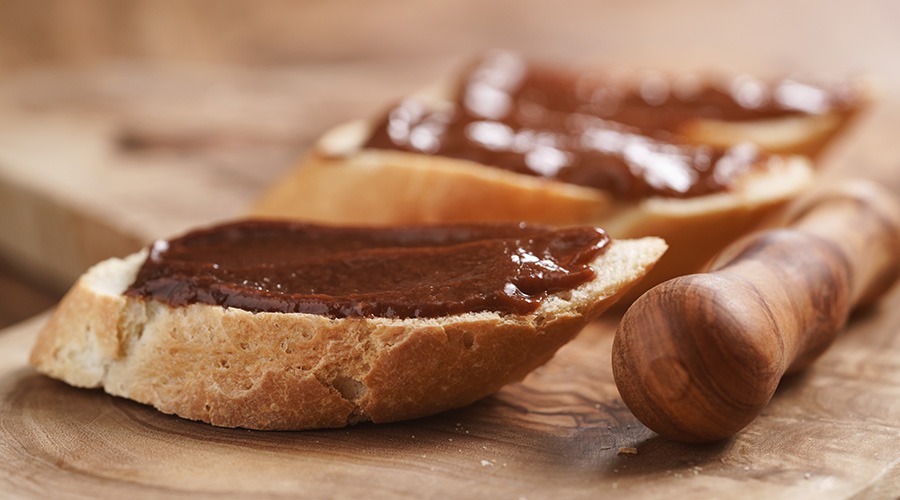 For the fine palates, the most exquisite gianduja chocolate creations come from all over the world. In New Zealand, craft chocolate maker Hogarth Chocolate won several international awards for his GIANDUIA Dark Hazelnut bar with 45% cocoa and 30% hazelnuts. Then there is the HAZELNUT GIANDUJA (No Dairy) bar by Chocolate Tree in Scotland, which combines Peruvian cacao from the Piura region with fine hazelnuts from Piedmont.

If you are craving some gianduja spreads, look no further than the classic Marco Colzani’s NOCCIOLE DEL PIEMONTE & CACAO with 50% toasted IGP Piedmont Hazelnuts, or the creative Noalya’s CREMA BIANCA NOCCIOLA with milk and cocoa butter. Regardless of the type of gianduja that you decide to enjoy, don’t forget to always look at the ingredients list of every product (the fewer the ingredients, the better!).

While you taste it, remember that gianduja chocolate is the quintessence of resilience: the capacity to recover quickly from difficulties. Even in a tough situation completely out of their control, Italian chocolatiers in the 19th century didn’t let discouragement take over, but they reacted bravely showing all their talent and creativity, giving birth to one of the most delicious kinds of chocolate still appreciated 200 years later.

Sharon is a Chocolate Blogger that reports the latest news and trends in the chocolate industry from around the world. Read more of her work on: thechocolatejournalist.com.