Picture this: Two dudes in a basement in California. The sun has set hours ago, but they haven’t noticed, because they’re completely absorbed in the task of welding machines out of a few PVC pipes. Next to them, a jury-rigged spice grinder is whizzing on high. The whole room smells like … chocolate?

That’s right. In the U.S. in the late 1990s and early 2000s, a handful of people figured out how to make more flavorful chocolate than anything they could buy at the store. They used home-cooking accessories like juicers as well as built their own machines. And they pared back the ingredients to just high-quality cocoa beans and sugar. What they made tasted delicious, and soon their small companies had big followings.

Flash-forward 20 years and a few visionaries in the U.S. have grown into hundreds of companies and fans across the globe. I write about this exciting new world in my book, Bean-to-Bar Chocolate: America’s Craft Chocolate Revolution. 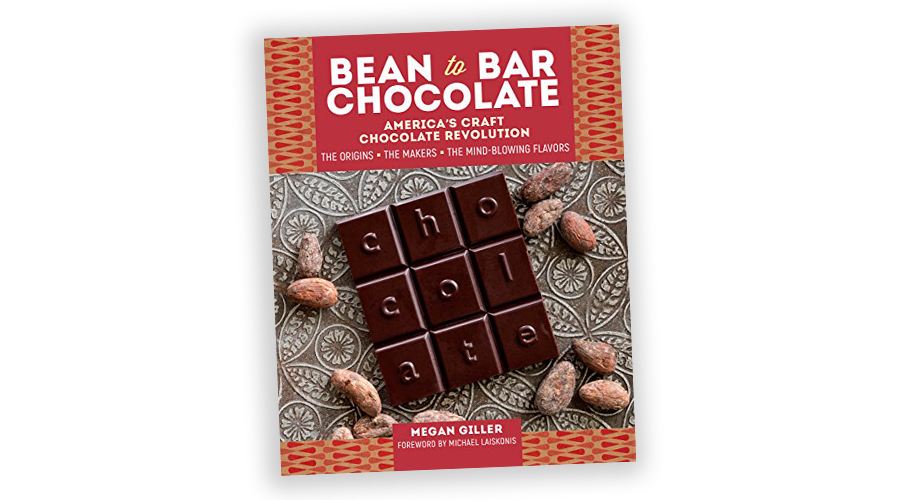 What Is Craft Chocolate, Anyway?

It sounds crazy, but most of the chocolate we eat is made by a handful of international companies. You probably know some of their names (Mars and Cadbury ring a bell?), but there are others that mostly sell directly to other big businesses (and not to any of us consumers). These companies produce what’s called industrial chocolate, and their goal is to make sure it tastes the same every single time you buy it. The focus of industrial chocolate is consistency.

Then there’s craft chocolate or bean-to-bar chocolate. (The two phrases are interchangeable.) Bean-to-bar companies source whole cocoa beans and roast, grind and turn them into chocolate bars from scratch. They only use what is called “fine flavour” beans (a.k.a., the best-tasting beans (rather than “bulk” beans, which are what the industrial folks use). It’s not guaranteed, but most craft makers pay farmers much higher prices for the cocoa beans they use in their bars. Many even publish transparency reports, detailing exactly how much they paid to exactly whom. The focus of craft chocolate is on flavour, quality, and ethics.

Many people often compare bean-to-bar chocolate to craft beer or speciality coffee. Both of those movements exploded in the 1990s, and tiny companies started making beer and roasting coffee beans that made Toohey’s Extra Dry and Aroma look bland and boring. Now we can find double IPAs and single-origin cold brews in every neighbourhood, it seems. The same is happening with chocolate, just a bit later, as the craft chocolate movement took off about a decade after these first two. It’s also related to the farm-to-table movement: People want to know where their food comes from, to know that it’s high quality, ethically sourced, and made with care. 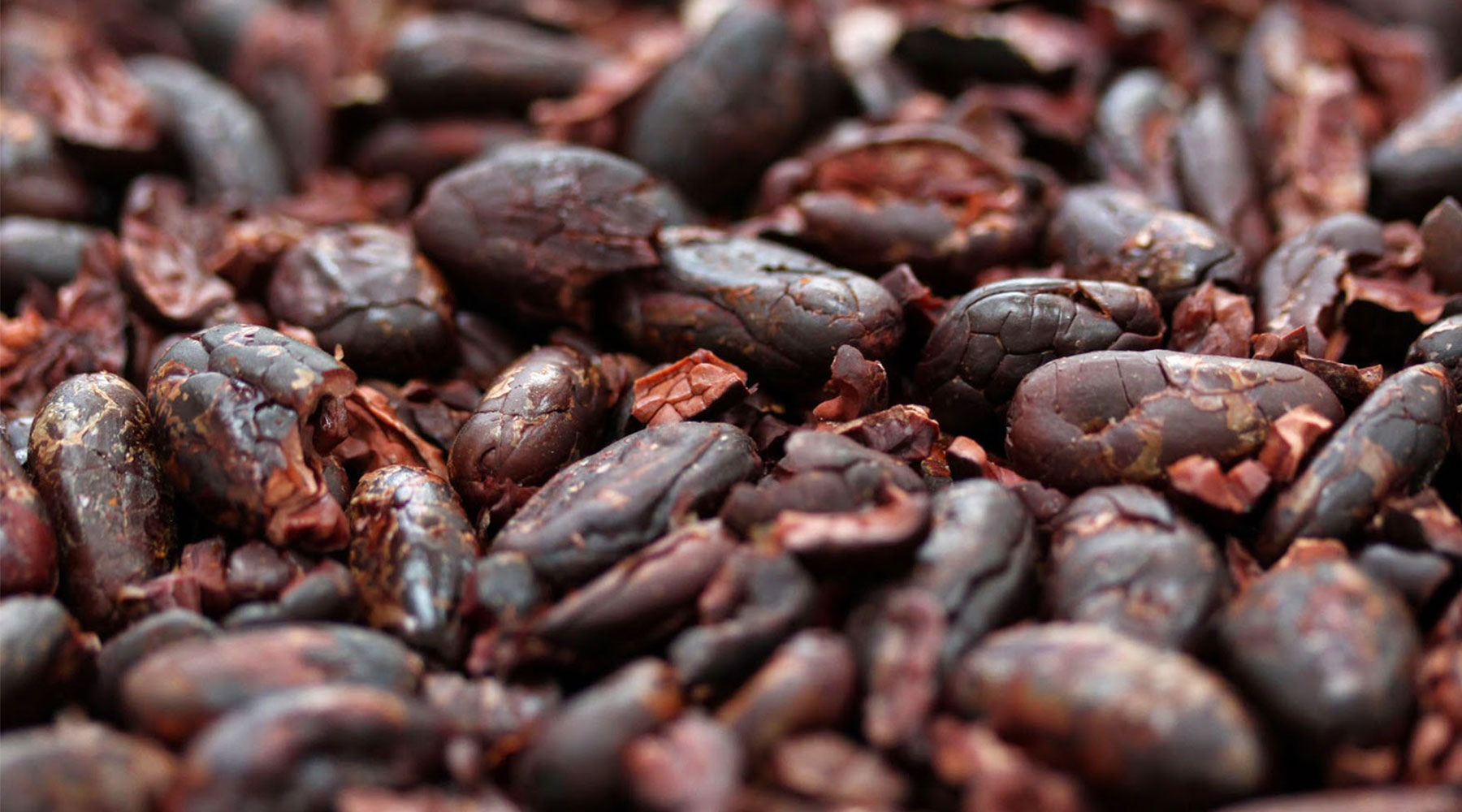 The first bean-to-bar makers were inspired by French companies who started from scratch, but they wanted to make something that tasted Different, with a capital “D.” They looked at the ingredient list of commercial chocolate bars and scratched their heads.

“Why are there so many ingredients on these lists?” they wondered. “You can make chocolate with just two ingredients: cocoa beans and sugar.”

And so they did.

They threw away their vanilla and sea salt. Even adding extra cocoa butter (the natural fat in the cocoa bean) was anathema. It became extreme, a little like craft beer’s obsession with hops. Though craft chocolate is mostly out of this phase, even today, many makers exhibit a lot of pride in using only two ingredients in their bars, and you’ll see them marketed as such. 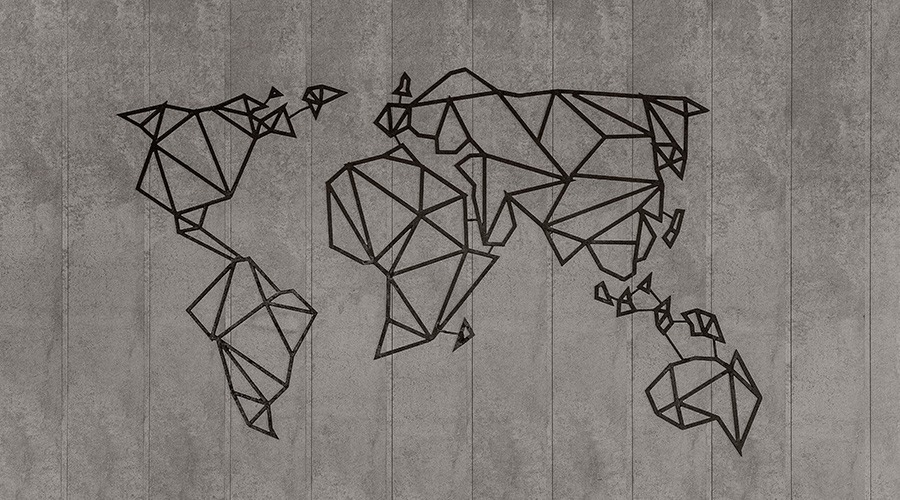 As you can imagine, when you only use two ingredients (or even four or five), those ingredients become super important! Their taste can evoke memories, joy, sweetness, and so many thousands of aromas and flavours.

Most craft chocolate makers put the focus on those flavours by creating single-origin bars. Single-origin means the beans come from one place: It could be one country (like Vietnam), but it’s often one specific area or plantation (like the Mekong Delta, in Vietnam). This is quite different than most of the rest of the chocolate we eat, which is usually made out of a blend of beans from all over the world. Read more about single-origin chocolate in our blog post about what makes bean-to-bar chocolate more expensive. 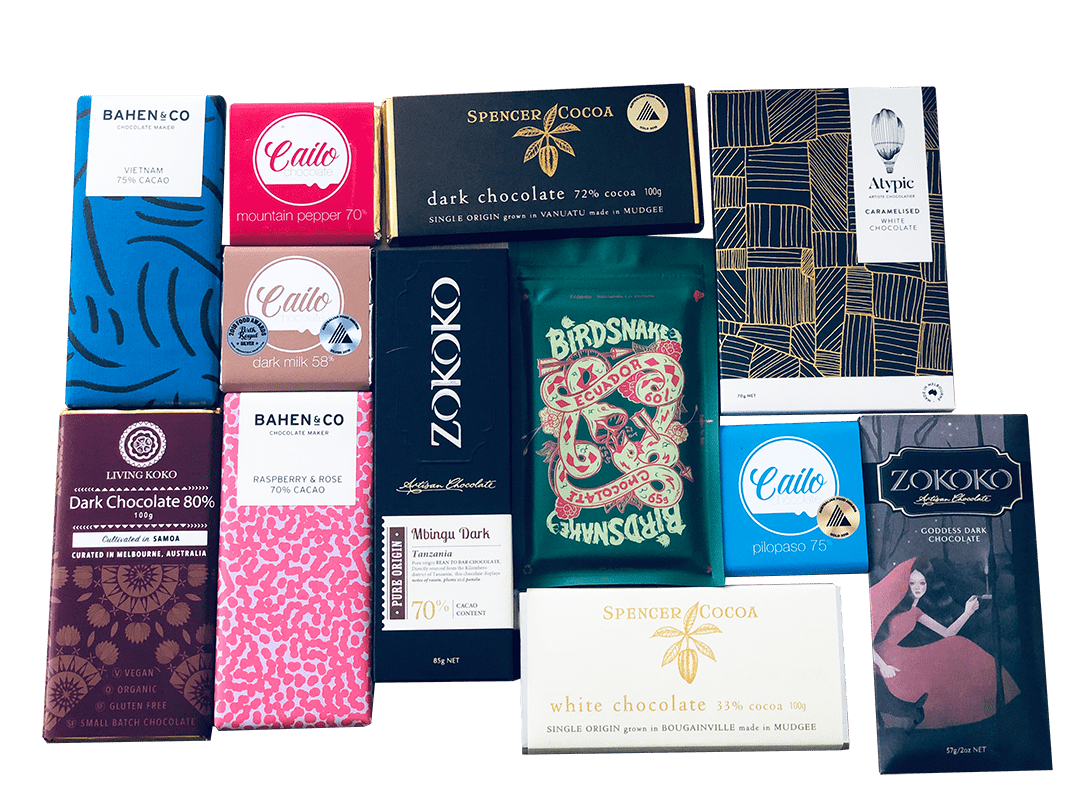 So Should I Only Buy Craft Chocolate?

I love your enthusiasm, and I can see why you’d want to only buy chocolate labelled “bean to bar.” But it’s a bit trickier than that — mainly because you’d inadvertently be leaving out most of the world’s supply of truffles, chocolate-covered almonds, chocolate bark, and all sorts of other delicious treats.

These yummy things are called confections, and they’re usually made by chocolatiers. A chocolatier takes pre-made chocolate and melts it down to create the aforementioned delicious treats. They can use industrial chocolate or craft chocolate to do this. Much of the time, a chocolatier doesn’t reveal the type of chocolate they use. So if you’re specifically looking for the phrases “craft” or “bean to bar,” you may miss out. I advise asking the chocolatier in person or over email (if it’s a big company). If they’re proud of the chocolate they use, they’re usually glad to tell you! If they’re not, they’ll usually decline, and then you have your answer.

“So,” you’re probably thinking. “This chocolate sounds delicious and all. But it’s probably mostly being made in the U.S. and Europe, and it probably costs an arm and a leg to import.”

Part of that is true. If you had to pay to import all of the mouthwatering bean-to-bar chocolate made abroad, you might have to hop around on one leg, grabbing things with one arm. Fortunately, the craft chocolate movement is burgeoning right here in Australia, with some of the best makers in the world creating bars that will change the way you think about chocolate forever.

Megan Giller is an award-winning food writer and the author of Bean-to-Bar Chocolate: America’s Craft Chocolate Revolution. She also hosts luxury chocolate-tasting events, teaches classes at the Institute of Culinary Education and other locales, and judges at chocolate competitions. 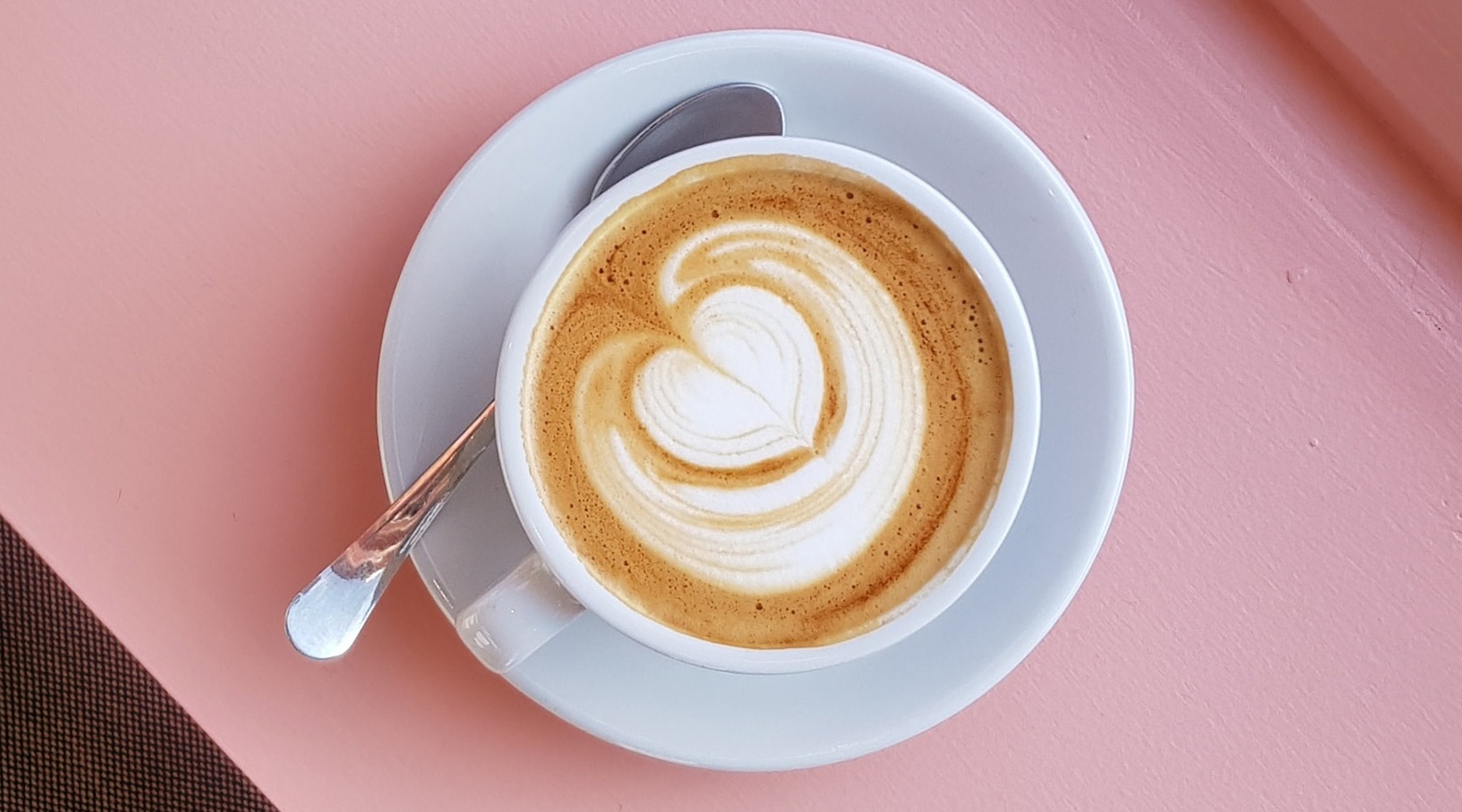 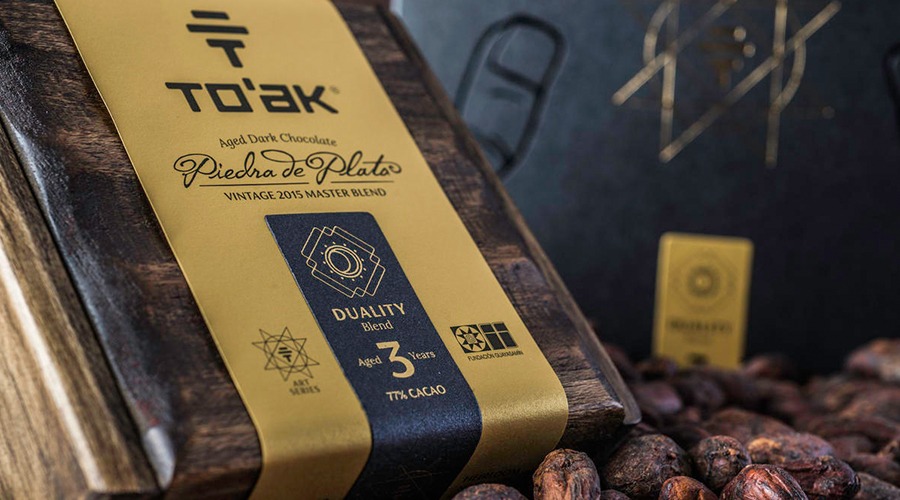 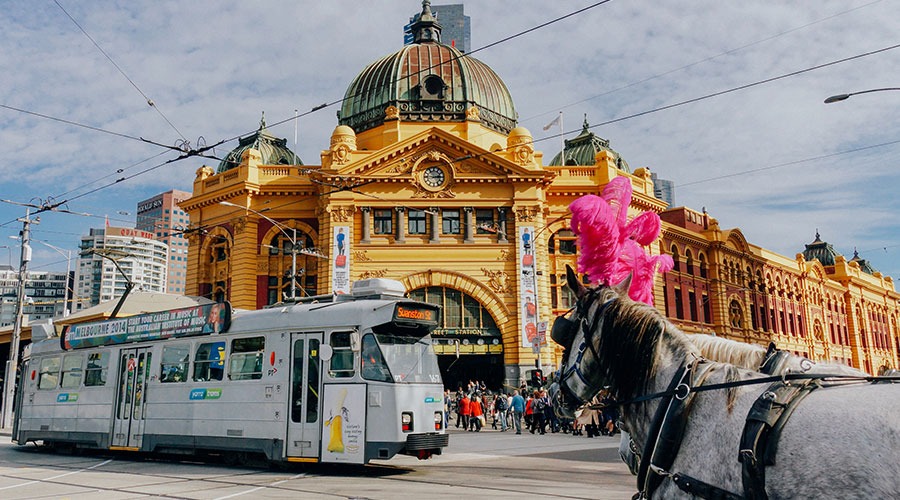